skip to main | skip to sidebar

Tony's Trailers in the Legislature

Yesterday in Victoria, Doug Routley stood up and gave an excellent speech about one of his heroes, Tony Hoar.

Tony builds our trailers and is one of our personal heroes, too.

Thanks for the mention, Doug.

D. Routley: I rise to speak once more about Tony Hoar, a cycling legend, a pioneer designer and a community servant. At 80 years of age, Tony is still racing, still riding, still crashing and still getting back on. He can still ride the legs off men half his age.

Tony first came to Canada for the 1954 Commonwealth Games as part of the first-place winning British road race team. He's one stages as a professional in the tour of Holland, tour of Ireland, tour of Egypt and tour of Britain. In 1955 he and his teammate were the first two British riders to complete the Tour de France. The team was plagued by bad tires from their sponsor early on, but Tony persevered. Tony became probably the most famous winner of the Lanterne Rouge, which is the trophy for the last-place rider. He jokes that he's the guy who spent the most time on the bike in the race.

In 1956 he retired to Canada. Tony was a technical engineer who installed technologies in mills for his career around the world. He also designed and built his own bicycles — CBS, Canadian Bicycle Specialists.

Tony worked with Rick Hansen for over two years developing and producing the revolutionary racing wheelchairs that took Rick to two world championships. Now, Tony designs and builds bicycle trailers. He won a design award for a trailer for homeless people that folds out at night as a tent-trailer and during the day converts to a recycling binner's trailer.

He designs trailers for disaster relief. Many urban recycling operators use his trailers including Cowichan Recyclists. Tony designed a trailer for people with disabilities. They can roll a wheelchair onto this trailer and an able-bodied cyclist can go for a ride with them.

Tony has orders from all over the world. One day recently his website had over 2,200 hits. Tony can't possibly service all the market himself, so he's busy designing a training program that will leverage his designs to provide training and apprenticeship opportunities to others. 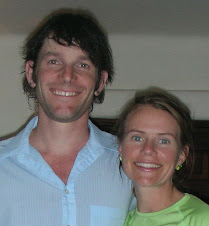 Cowichan Recyclists...
In a nutshell...in September 2007 we decided to change the face of waste management in our community and started picking up recycling using a bike and trailer. We're still at it and looking at more ways to improve the environment around us. www.cowichanrecyclists.com